In Songs of a Wayfarer Barbara Kozelj revealed the art of singing that spoke straight to the heart. With lithe lines and clear articulation.” De Telegraaf 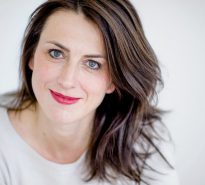 In the coming seasons Barbara will perform with the Rotterdam Philharmonic Orchestra, Birmingham Symphony Orchestra, Academy of Ancient Music, Orchestre National de Lille, Tiroler Symphonie Orchester Innsbruck, The Hague Philharmonic and Slovenian Philharmonic Orchestra.
Slovenian mezzosoprano Barbara Kozelj has established herself as a charismatic and versatile soloist and musician. Her performances have brought her to the leading international stages and continue to captivate audiences around the world. 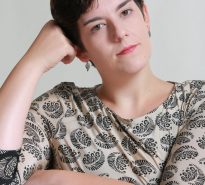 With the Dutch National Opera Academy Serena performed the role of Radamisto in Händel’s Radamisto in the 2019/2020 season. She has also performed the roles of Bianca in Britten’s The Rape of Lucretia, Despina in Mozart’s Così fan Tutte and Berthe in Weir’s Blond Eckbert.
Future operatic roles include Giunone from Händel’s Agrippina at Maestranza Theatre in Sevilla, and Mamma Lucia from Mascagni’s Cavalleria Rusticana at Schouwburg in Utrecht and Sesto from Mozart’s la Clemenza di Tito with the DNOA, this time as guest artist 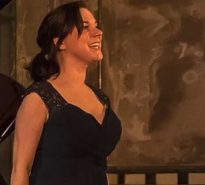 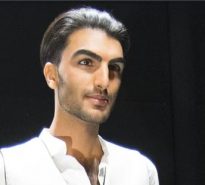 Cameron has distinguished himself by his mysterious scenic presence, his voluptuous timbre and his highly studied interpretation”
​O P É R A M A G A Z I N E ( F R )

Cameron is the winner of a special prize awarded by the Royal Opera House (London, UK) at the 37th International Hans Gabor Belvedere Competition in Riga, Latvia.

The recipient of several notable awards and honors, Mr Shahbazi was most recently awarded both the Prix de Révélation and the Grand Avignon Prize at the Opéra Jeunes Espoirs competition, hosted by the Opéra Grand Avignon and Raymond Duffaut.
The 2018/2019 season marked a house debut for Shahbazi at the Theater Aachen singing Disinganno in Handel’s
Il trionfo del Tempo del Disinganno.

Nikki Treurniet at The Hannover Opera 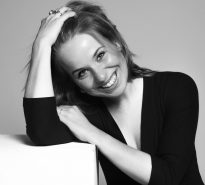 From September 2019 on Nikki will be part of the ensemble of the Staatsoper Hannover
Roles include:
Pamina, Zerlina, Gretel, Lenio (Greek Passion, Martinu), Despina and Ännchen 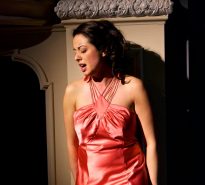 During the season 2019/2020, Lilian will sing Pamina (Zauberflöte) with Opera Zuid, Susanna (Le nozze di Figaro) in Nancy and 1st Nymph (Rusalka) at Dutch National Opera. Recently, she sang the role of Papagena in ‘Die Zauberflöte’ in the direction of Simon McBurney, both at the Dutch National Opera and at Festival d’Aix-en-Provence. Furthermore, she sang Gretel in ‘Hänsel und Gretel’ at Aalto-Musiktheater Essen.

Deborah Cachet the role of Alphise in Les Boréades with Collegium 1704 (Vaclav Luks) in concertperformances in Moscou, Vienna and Versailles 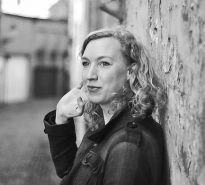 Future engagements include the role of Alphise in Les Boréades with Collegium 1704 (Vaclav Luks) in concertperformances in Moscou, Vienna and Versailles as well as the first recording of this opera by Rameau, the role of Théone in Phaëton by Lully at the Opéra the Nice as well as a revival of Le Ballet Royal de la Nuit with Ensemble Correspondances (Sébastien Daucé) in a tour around France. Alongside these productions, Deborah will also appear in concerts with Le Poème Harmonique, Ensemble Correspondances , A Nocte Temporis (Reinoud Van Mechelen) and a solo Händel recital with L’achéron (François Joubert-Caillet). 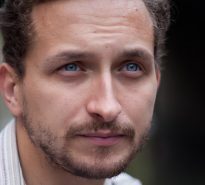 He obtained his first master degree in composition from Liszt Ferenc Music Academy Budapest (2009), and his second from The Royal Conservatory Den Haag (2012), where he is currently studying Classical Singing as Major and Conducting as Minor.
As a soloist he trained several years with Eva Bodrogi, Katalin Schultz, and from 2012 he is studying classical singing in the Royal Conservatory, Den Haag with Andrew Schroeder, and from 2013 with Sasja Hunnego. 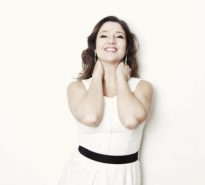 Maria is a member of the ensemble at the Komische Oper Berlin since the 2016/2017 season and her roles for the 19/20 season include Olga in Tchaikovsky’s Onegin, Maddalena in Verdi’s Rigoletto, both directed by Barrie Kosky, Flora in a new production of Verdi’s La Traviata, directed by Nicola Raab among other roles. 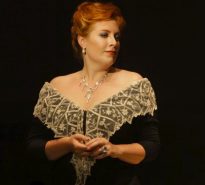